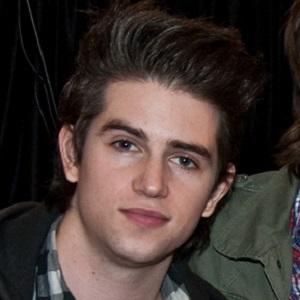 Guitarist and lead vocalist for the pop punk band The Downtown Fiction who is joined by David Pavluk, Wes Dimond, and Kyle Rodgers.

He and former Downtown Fiction drummer Eric Jones met in high school and together they formed the group in 2008.

He and the band released their first album through the label Fearless Records called Some Place on Earth in 2014.

He is from Fairfax, Virginia.

He performs alongside Wes Dimond in The Downtown Fiction.

Cameron Leahy Is A Member Of