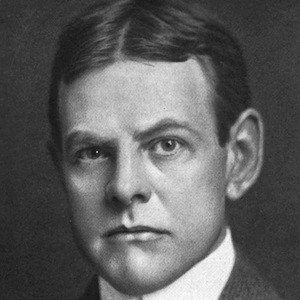 A prominent muckraking journalist, he is particularly known as a critic of political corruption and old-money wealth. Also a novelist, he wrote The Fashionable Adventures of Joshua Craig; tragically, the novel's publication led to Phillips' 1911 death at the hands of an unstable musician who felt personally insulted by the work.

In a Cosmopolitan magazine article, he exposed the reality of political donors receiving cushy rewards. His exposé stirred national controversy and ultimately paved the way for the passing of the Seventeenth Amendment.

Early in his career, he wrote for both The Sun and The New York World.

He was born in Madison, Indiana. In 1887, he graduated from Princeton University.

His final manuscript, Susan Lenox: Her Fall and Rise, was made into a film starring Greta Garbo and Clark Gable.

David Graham Phillips Is A Member Of