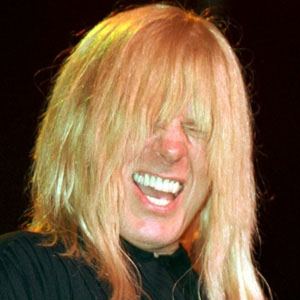 He met fake bandmate Nigel Tufnel because they were next-door neighbors.

He is the namesake of Saint Hubbins, the patron saint of quality footwear. He also possesses an amplifier that "goes up to eleven."

He has been married and divorced many times.

He is played by actor Michael McKean in the film This is Spinal Tap.

David St. Hubbins Is A Member Of