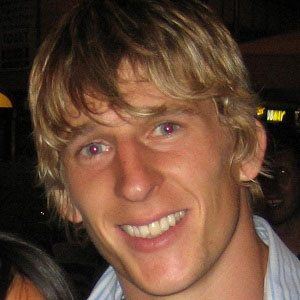 English rugby union player best known for his years with Rotherham R.U.F.C., Harlequin F.C. and Saracens F.C. In 2007, he was named the Professional Rugby Player's Association Young Player of the Season and was included on the Sky Sports Dream Team.

He grew up in Thelwall, Cheshire and attended Lymm High School. He later studied at Sheffield Hallam University.

His English teammates gave him he nickname "The Milkman" during the 2007 Six Nations Championship.

His father's name is Barry.

He has been teammates with Jason Robinson on the English sevens squad.

David Strettle Is A Member Of