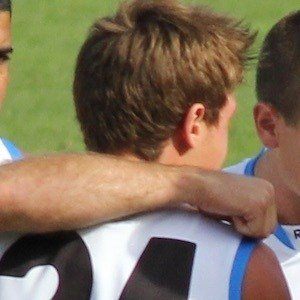 Australian rules football player who was taken first overall by Gold Coast in the 2010 draft. He was named the Gold Coast Suns Club Champion in 2014, an award given to the team's Best and Fairest.

He played at Rossmoyne Junior Football Club and was also a member of the U18 All-Australian team.

His older brother, Andrew Swallow, has also played in the AFL.

He and Gary Ablett, Jr. have played together on Gold Coast.

David Swallow Is A Member Of