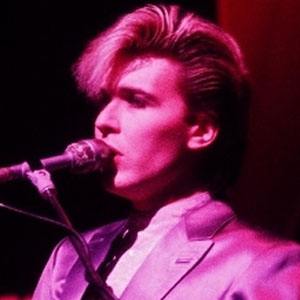 English singer-songwriter best known as the frontman for the band Japan.

He left Catford Boys' School at age sixteen and was influenced by glam rock artists like David Bowie.

He embarked on a career-spanning solo tour called Slow Fire - A Personal Retrospective in 1995.

His father was a professional plasterer.

He was invited by King Crimson guitarist Robert Fripp to play with the group in the early 90's.

David Sylvian Is A Member Of