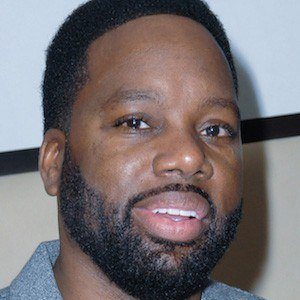 Playwright, screenwriter, and director known for plays like He Say, She Say But What Does God Say, Mr. Right Now, and Lawd Have Mercy. He's directed the movies First Sunday and Baggage Claim.

He has a degree in marketing from Morgan State University and was a part of the accelerated film program at New York University.

He's been nominated for more than 20 NAACP Theatre awards and won Best Playwright of the Year in 2001. He's also a published author, Baggage Claim was based off of his book, and had a top 15 hit with the song His Woman His Wife in 2000.

He married actress Lyn Talbert in 1998 and has a son named Elias.

He worked with Ice Cube, Tracy Morgan, and Katt Williams on the film First Sunday.

David E. Talbert Is A Member Of