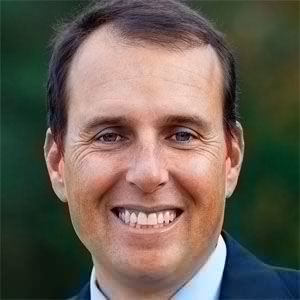 American politician who represents the Democratic Party and served as chief of staff and campaign manager to the Utah State Senate Minority Leader Scott Howell. He was also a candidate for California's 26th Congressional District in the U.S. House of Representatives in California in 2012.

He played soccer as a child and qualified to play for the 6th division of a Uruguayan professional soccer club called Club Nacional de Futbol.

He operated his own small tennis instruction business in Southern California.

He married Katie Smith in 1993 and they had four children.

Like him, Christopher Mitchum also ran to be part of the U.S. House of Representatives in California in 2012.

David Cruz Thayne Is A Member Of