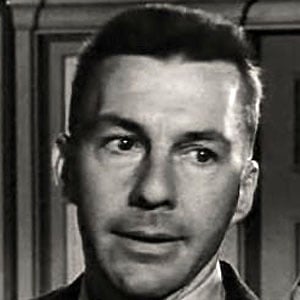 Prior to becoming an actor, he worked as a statistician. He was one of the lucky 50 applicants out of several hundred to be granted membership in New York's new Actors Studio in 1948.

He appeared in four films with Marilyn Monroe, more than any other actor has; those films are As Young as You Feel, We're Not Married, O. Henry's Full House, and How to Marry a Millionaire.

He was born Wayne James McMeekan in Traverse City, Michigan. He married Jane Gordon in 1941, and they had two daughters and one son together.

He was in the 1955 film The Tender Trap, starring Frank Sinatra.

David Wayne Is A Member Of