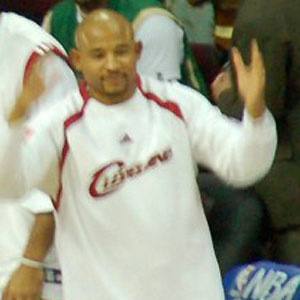 Guard who spent 14 years in the NBA with five different teams, most notably the Charlotte and New Orleans Hornets.

He played in the CBA for one year when no NBA team drafted him out of college.

He scored over 10,000 points in his NBA career, the second-highest total for a player who wasn't drafted.

His cousin, Michael Dickerson, played in the NBA for five seasons.

He retired trailing only Hall of Fame center Moses Malone for the most points scored in the NBA by an undrafted player.

David Wesley Is A Member Of