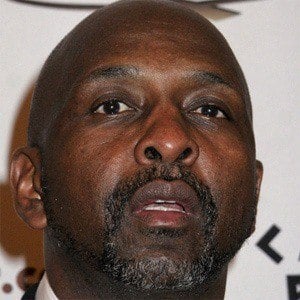 Hall of Fame power forward/center and 3-time NBA MVP who in 1974 became the first player to go straight from high school to the NBA.

He broke his commitment to play for the University of Maryland so he could play in the NBA.

He won an NBA Championship with the Philadelphia 76ers in 1983 and was named Finals MVP.

He married Alfreda Malone. His son Michael Earl Malone was born on March 9, 1984.

He played alongside Julius Erving on the 1983 NBA Champion Philadelphia 76ers.

Moses Malone Is A Member Of