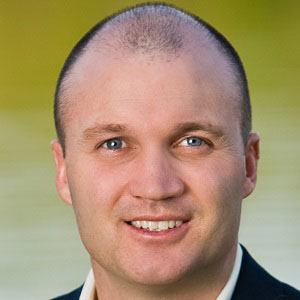 Tennis player who won several top-level singles titles, including the Grand Slam Cup in Munich in 1991. He later became the host of the radio show The Christian Worldview as well as the author of books like 2005's University of Destruction and 2014's My Boy, Ben.

He won the Minnesota State High School Tennis Championship as a freshman in 1984. In his sole year at Stanford University, he won the NCCA title as well as the Block S Award as the school's best freshman athlete.

In 2011, he received the Eugene L. Scott Renaissance Award for his efforts to promote the sport of tennis in public parks.

He is the youngest of four children born to his parents. He got married in 2009 and has a son.

He won the Canada Masters doubles title with Paul Annacone in 1990.

David Wheaton Is A Member Of