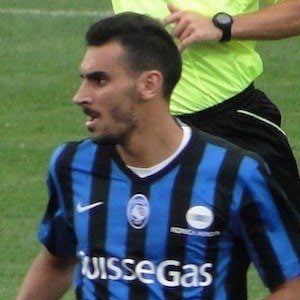 Right back who is famous for his international club career in both Italy and England's Premier League. In August 2017, he was transferred to Chelsea where he contributed immediately to their defense.

He began his youth soccer career by joining Sora in 1998. He would later move to Isola Liri where he would make his professional debut in 2011.

He became the 100th Italian player to score a goal in England's Premier League with his September 2017 score for Chelsea against Qarabağ FK. He made his international debut for Italy's senior national team in November 2016 for 2018 World Cup qualifying.

He was originally born and raised in Sora, Lazio, Italy.

He has played on Chelsea's defense alongside Gary Cahill.

Davide Zappacosta Is A Member Of