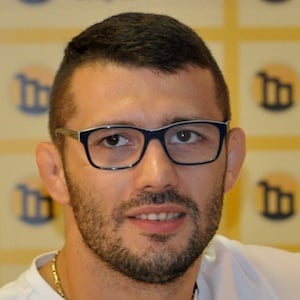 Greco-Roman wrestler who was crowned the winner of the 66 kilogram weight class at the 2014 World Wrestling Championships. He later took home a gold medal in the same division at the 2016 Summer Olympics.

He hails from Subotica, Serbia.

His Olympic gold medal was just the second ever for Serbia in any Olympic sport.

He married Dolores Matković in 2016. He has a brother named Danijel.

He and Helen Maroulis both wrestled at the 2016 Summer Olympics.

Davor Stefanek Is A Member Of