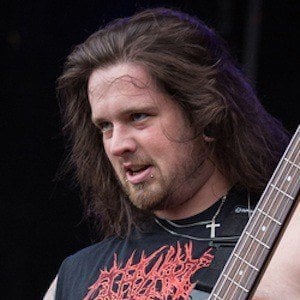 Bassist for the British metalcore band Bury Tomorrow, best known for albums such as The Union of Crowns and Runes.

Bury Tomorrow was formed in Southampton, Hampshire in 2006.

They have opened for bands like Of Mice and Men and Pierce the Veil.

His brother Dani is the band's frontman.

Davyd Winter-Bates Is A Member Of