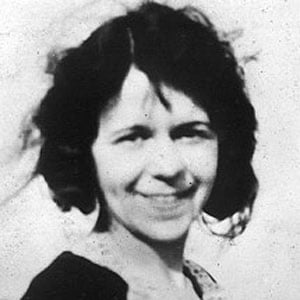 A prolific novelist, short story writer, and playwright, she frequently set her literary works in Midwestern towns and/or created plots that involved the transplantation of Midwesterners to New York City. Her best-known works include She Walks in Beauty (1928), Turn, Magic Wheel (1936), A Time to be Born (1942), and The Locusts Have No King (1948).

She moved to New York City in 1918 and settled in the bohemian mecca of Greenwich Village. She began her writing career as a freelance essayist and short story writer.

Her first two novels failed to sell, but her third, a social satire called Turn, Magic Wheel (1936), met with success.

She was born in Mt. Gilead, Ohio as the second of three daughters. She ran away from her abusive stepmother when she was thirteen years old.

Her play, Walking Down Broadway, was adapted for the silver screen by Erich von Stroheim; the film version was titled Hello, Sister!

Dawn Powell Is A Member Of