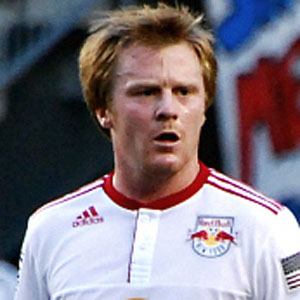 American midfielder who joined the New York Red Bulls in 2011 and the United States national team in 2009.

He played NCAA soccer with the University of North Carolina at Chapel Hill from 2004 to 2005.

He won his first MLS Western Conference Championship with FC Dallas in 2010.

He grew up with a brother named Dustin.

He joined Landon Donovan on the US national team in 2009.

Dax McCarty Is A Member Of