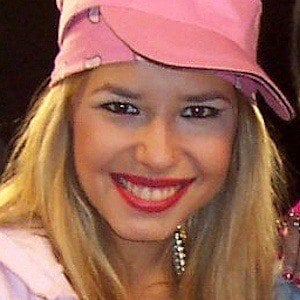 Chilean actress who has appeared in Pobre Gallo and Alma. She has played the role of Titi Larraín in the TV series Casado con Hijos.

One of her earliest roles was Rosita in the 2006 TV mini-series La vida es una lotería.

She appears alongside Luisana Lopilato on Casado con Hijos.

Dayana Amigo Is A Member Of