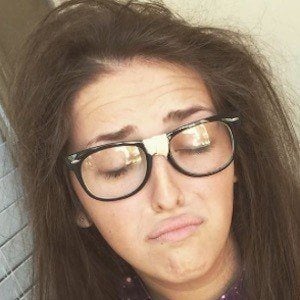 Famous for her Jelly and Day YouTube channel, this internet sensation, along with her wife Angelica "Jelly" Perez, has accumulated over 250,000 subscribers.

Though they created their channel in late 2010, she and her girlfriend uploaded their first popular video, "Coming Out As A Lesbian," in August of 2012.

Her channel's most viewed posts include "Chubby Bunny," "Kiss or Make Out," and "How We Met." She also has a second channel called DaylynnGames, which features song parodies and challenges.

After settling in Austin, Texas, she and Jelly adopted a Pekingese dog named Bear. She and Jelly got married in October 2015.

Daylynn Perez Is A Member Of