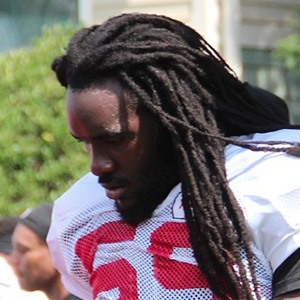 Football linebacker for the Atlanta Falcons in the NFL. The Falcons selected Campbell in the fourth round (115th overall) of the 2016 NFL Draft. He was also the 16th overall linebacker drafted in 2016 and was signed to a four-year, $2.90 million contract.

After playing at the junior college level for Hutchinson Community College, Campbell played for the Minnesota Golden Gophers from 2013 to 2015

In 2016 he started in Super Bowl LI with the Falcons 2017 and recorded four tackles.

He requested the number 59 for his Falcons jersey because it was the year his mother Cathryn was born.

Devonta Freeman also participated in the Super Bowl LI in 2017.

De'Vondre Campbell Is A Member Of