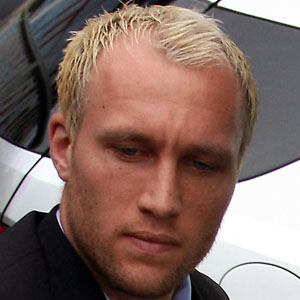 Striker who scored 61 goals in 159 appearances for Crewe Alexandra from 2000 to 2005. He also played professionally for Norwich City and West Ham United.

He spent his youth career with Stoke City and Crewe Alexander before debuting professionally in 2000.

He made one appearance with the English national team in 2008.

He was born in Swindon, England.

He and fellow striker Hogan Ephraim were teammates on West Ham United.

Dean Ashton Is A Member Of