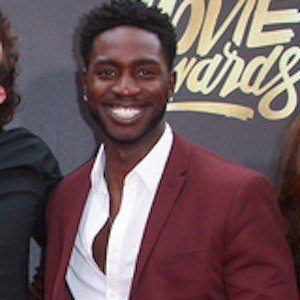 Rocketed to fame in 2016 starring on the thirty-first season of the MTV reality show Real World: Go Big or Go Home.

Born in Ghana, he grew up in Africa but eventually moved to Studio City, California where he began pursuing a career in acting.

Before appearing on the Real World, he dabbled in acting, earning small roles in films like Black November and Fragile World.

During the filming of the Real World he was undergoing a divorce.

Jenna Thomason joined him on the cast of the Real World: Go Big or Go Home.

Dean Bart-Plange Is A Member Of