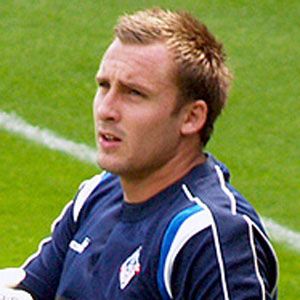 Goalkeeper who made his professional debut in 2003 for Luton Town, winning the 2008-2009 Football League Trophy with them.

Prior to joining Luton Town's senior club, he played in their youth program from 1995-2003.

He was born in Luton, England.

Forward Enoch Showunmi was his teammate on Luton Town.

Dean Brill Is A Member Of