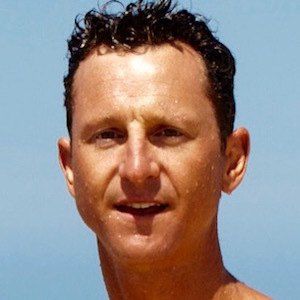 Lifeguard and reality star best known by his nickname "Deano" on the popular Australian docu-series Bondi Rescue. He also went on to appear on the limited spin off Bondi Rescue: Bali in 2008.

He made his first appearance on the premiere episode of Bondi Rescue in 2006.

He has a self-titled YouTube channel where he posts everything from vlogs to surf videos.

He and his wife Lilli have a son named Gus and a daughter named Lucy.

He stars alongside fellow lifeguards Bruce Hopkins and Harrison Reid on Bondi Rescue.

Dean Gladstone Is A Member Of