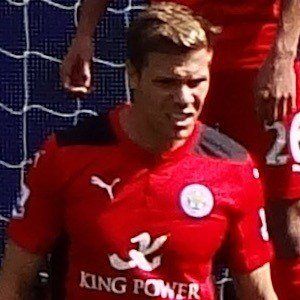 English soccer player who has played as a midfielder for clubs like Southampton, Colchester United and Leicester City. He won the Football League Trophy title with Southampton in 2010.

He was born in Hastings and came up through the youth system of Brighton & Hove Albion.

He was named Colchester United Player of the Year in 2009.

He married a woman named Rachel, with whom he has children.

He has played under manager Nigel Pearson at Leicester City.

Dean Hammond Is A Member Of