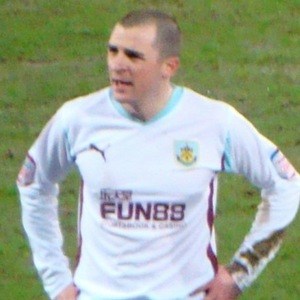 He began his youth career in 1993 as a product of the Tottenham Hotspurs training system. His senior career first began in 2002 with the club before he was loaned out to several different clubs including Swindon Town and Queens Park Rangers. He made his debut with England's Under 21 national team in 2005.

He is known for having earned the honor of Championship play-offs during his 2007 season with the Hull City club as well as for wining the Championship in 2015 with the Burnley club.

He was born and raised in Barking, England.

As a midfielder for Burnley F.C., he played alongside Tom Heaton and Jack Cork during their 2018 season.

Dean Marney Is A Member Of