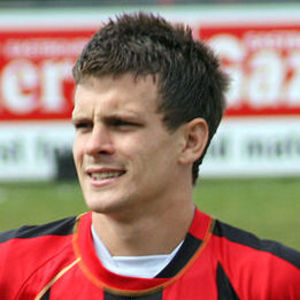 Retired Australian rules footballer who played as a ruckman for the West Coast Eagles for fourteen years and won the AFL Premiership with the team in 2006. He was named to the All-Australian Team six times from 2005 to 2012.

He grew up in Dampier and played his home town club the Dampier Sharks.

He opened his own seafood restaurant, Beluga, in Claremont in 2011.

He married a woman named Kerry and his first child, Charlotte Ivy, in December 2012.

He won the 2006 AFL Premiership alongside Eagles teammate Daniel Kerr.

Dean Cox Is A Member Of