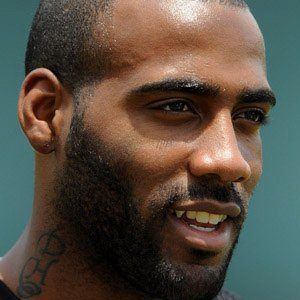 NFL cornerback who joined the Washington Redskins in 2008 after previously playing for the Atlanta Falcons and Oakland Raiders.

He earned the nickname MeAngelo because of his attitude on the field.

He also participated in track and field during college.

He joined linebacker London Fletcher on the Redskins defense in 2008.

Deangelo Hall Is A Member Of