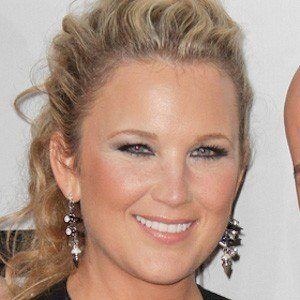 Social media sensation who rose to fame as the wife of rock singer and American Idol contestant Chris Daughtry.

She and Chris married in 2000 and she supported him throughout his trials with bands like Absent Element before he auditioned for American Idol.

She has gained a following of more than 35,000 dedicated Twitter followers.

She has four children named Hannah, Griffin, Adalynn, and Noah.

Chris Daughtry competed with his long term friend Ace Young during his season on American Idol.

Deanna Daughtry Is A Member Of