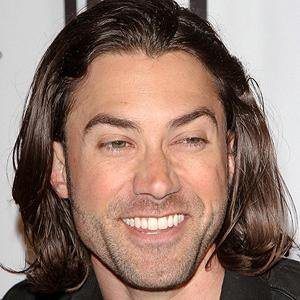 Contestant on the fifth season of American Idol who finished in the top seven. He has released singles, including "Addiction" and "Scattered."

After a frustrating several years without a record contract in Los Angeles, he got a spot on American Idol and progressed through Hollywood Week to the Top 7 Week.

His popularity could be gauged by his invitation to MTV's Total Request Live, the first offer ever for an Idol contestant who had just been eliminated.

He was engaged to fellow American Idol alumnus, Diana DeGarmo, proposing to her on the show. The couple married in 2013.

He and an American Idol sixth season contestant both appeared on the Fox TV show Bones, starring Emily Deschanel.

Ace Young Is A Member Of