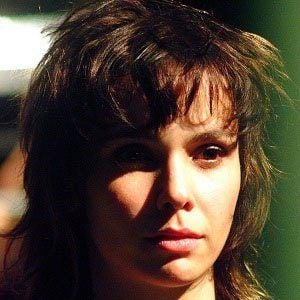 Perhaps most well known for her acclaimed portrayal of Nina Garcia in the Brazilian soap opera Avenida Brasil, she is also recognized for her work in Escrito nas Estrelas, Two Faces, Sinha Moca, Senhora do Destino and The Clone.

She performed in numerous theatrical productions during her early years and went on to appear in the teen telenovelas Chiquititas and Malhacao.

She won several film festival awards for her work in the movies Francoise (2001) and Dois Perdidos Numa Noite Suja (2002).

The daughters of singer Maria Olympia and actor Rogerio Falabella, she and her actress sister, Cynthia Falabella, were born and raised in Belo Horizonte, Brazil. Before ending in divorce in 2010, Debora Falabella's marriage to Forgotten Boys singer Eduardo "Chuck" Hipolitho produced a daughter named Nina.

She appeared alongside Rodrigo Santoro in the 2011 feature film My Country.

Debora Falabella Is A Member Of