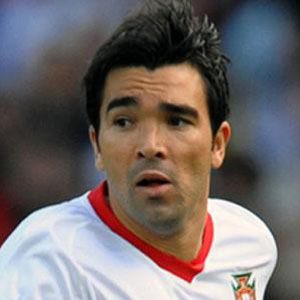 Attacking midfielder who was a member of the Portuguese national team from 2003 to 2010. He twice earned UEFA Best Midfielder honors and was named the UEFA Club Footballer of the Year in 2004.

He made his professional soccer debut with Corinthians in 1996.

He won league titles with Porto, Barcelona, and Chelsea.

He had a three-year marriage to his second wife Jaciara Dias de Souza that ended in 2008. He married Ana Paula Schiavetti in 2009. He has five children.

Deco Is A Member Of