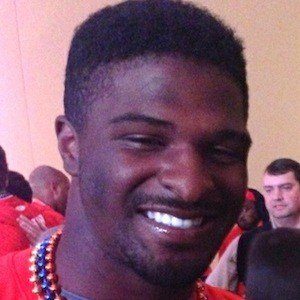 Linebacker who was selected 23rd overall in the 2014 NFL Draft by the Kansas City Chiefs. He won the 2011 BCS National Championship as a defensive end for the Auburn Tigers and was also a First-Team All-SEC selection in 2013.

He was a three-star recruit coming out of St. Clair County High School in Odenville, Alabama, compiling 90 tackles, 38 tackles for loss, and 18 sacks during his senior year.

He was born in Odenville, Alabama.

He played on the defensive line with Nick Fairley in the 2011 BCS Championship game.

Dee Ford Is A Member Of