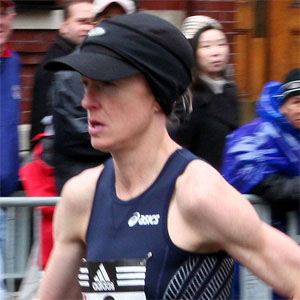 Long distance runner who won a bronze medal in the marathon at the 2004 Olympics.

She attended the University of Arkansas where she was an eight-time All-American.

In 2006 Track and Field News named her the world's top female marathoner.

She married Andrew Kastor, and the couple had their first child in 2011.

She was part of a US Track and Field squad at the 2004 Olympics that included Marion Jones.

Deena Kastor Is A Member Of