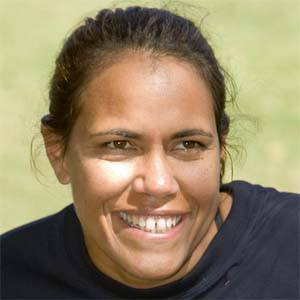 Australian sprinter who won the silver at the 1996 Summer Olympics in Atlanta and took gold four years late in Sydney.

She began training in running at the age of five, developing a dream since age 10 of being the world's best runner.

Before she won the gold medal in the 2000 Olympics, she was the first competing athlete invited to light the Olympic flame at the opening ceremony.

She was involved with her coach, Nic Bideau, but that relationship ended in a bitter dispute, and in 2006 she married a stockbroker. The couple welcomed a daughter in 2011.

Shirley Strickland, who won more Olympic gold medals than any other Australian athlete before her, was the Olympics torchbearer in 2000.

Cathy Freeman Is A Member Of