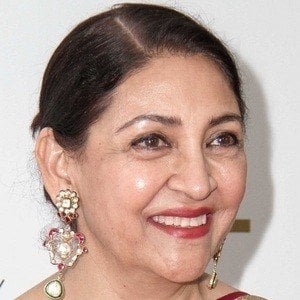 She earned her bachelor's degree from the City University of New York's Hunter College. She first appeared on screen in the 1997 movie Jallian Wala Bagh.

A writer as well as an actress, she published her debut poetry collection, Lamha Lamha, in 1981, and penned another poetry volume, Black Wind, in the early 2000s.

Her marriage to director and screenwriter Prakash Jha lasted from 1985 until 2002.

She co-starred with Arjun Rampal in the 2013 film Inkaar.

Deepti Naval Is A Member Of