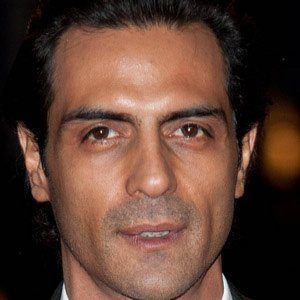 Former fashion model who became a famous Bollywood actor and television host. He won the National Film Award for Best Supporting Actor for his role in Rock On!!

He was struggling to find work as a fashion model when he was noticed at an industry party.

He appeared in several films that flopped before rising to prominence in Om Shanti Om.

He and his younger sister both attended the Kodaikanal International School, where their mother worked as a teacher. He married Mehr Jesia Rampal in 1998 and he has two daughters named Myra and Mahikaa. He and Mehr ended their marriage after 21 years. He and his girlfriend, model Gabriella Demetriades, have a son named Arik.

Deepika Padukone was a Bollywood actress who rose to stardom in his film, Om Shanti Om.