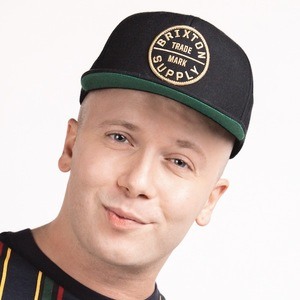 Accomplished dancer who is well known for his YouTube channel iDejANCE where he posts choreography videos, performances, and video blogs about his experiences. The channel has earned over 280,000 subscribers and more than 85 million views.

He was 13 years old when he realized that he wanted to be a dancer. His mother persuaded him to dance as a child, and her persistence was a major influence on his success in the business.

He has appeared on multiple news outlets and was a choreographer for MTV's The Electric Barbarella as well as America's Got Talent. He has choreographed for major artists including Pentatonix, Calvin Harris, and Soulja Boy.

He was born in Bosnia, but raised in the U.S. He grew up in Ohio before moving to Los Angeles at the age of 18.

He helped choreograph the Rebecca Black Performance on America's Got Talent.

Dejan Tubic Is A Member Of