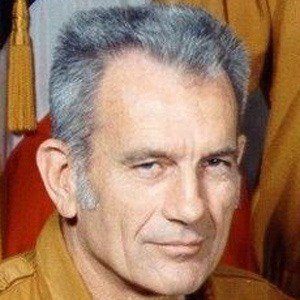 One of the original NASA Mercury Seven astronauts, he went to space on the historic Apollo-Soyuz mission in 1975.

He flew more than 50 combat missions over Europe in WW II, and continued to work for the military after studying aeronautical engineering.

His training for the Apollo-Soyuz mission included learning Russian and visiting the Soviet Union to train at their spaceflight facilities.

He was born in Sparta, Wisconsin, to Charles Sherman and Victoria Adelia Larson. In 1983, he married Bobbie Belle Jones.

He trained alongside Thomas P. Stafford for the Apollo-Soyuz mission.

Deke Slayton Is A Member Of