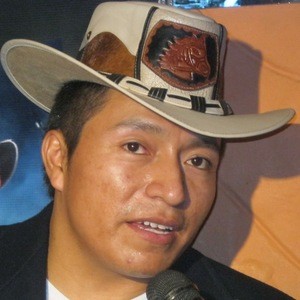 Musician who has become famous for a unique style he calls "Andean techno-folklore," which can be heard on songs like "Torres Gemelas" and "En tus Tierras Bailaré." He is known for the humorous nature of his music.

He was raised in the small town of San Antonio in Guamote, Ecuador.

His music video for "Torres Gemelas" has become a popular source of memes and has been viewed more than 15 million times.

He has a son named Francis.

Delfín Quishpe Is A Member Of