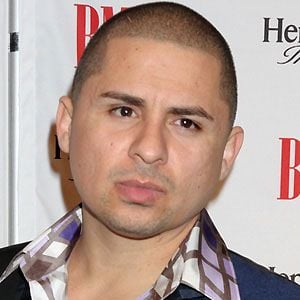 Regional Mexican artist who was named the New Latin Artist of the Year by the Latin Billboard Music Awards in 2010. He became the star of the Spanish reality series Larrymania.

He started performing original songs for his family at the age of eight. He played with Los Amables del Norte at the beginning of his career.

He released his twentieth regional album in 2011 entitled El Ardido-Single.

He was raised with his siblings in the small town of Unidos Estacion Opispo. Kenia Ontiveros is his second wife, and he and Kenia have three daughters together: Daleyza, Dalary and Dalett.

His contemporary, Jencarlos Canela, was also nominated for New Latin Artist of the Year at the 2010 Latin Billboard Music Awards.

Larry Hernandez Is A Member Of