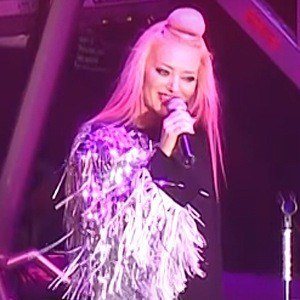 Romanian singer, dancer, and model who was also a coach on the competition show The X Factor in 2012.

She graduated from Dinu Lipatti Music High School after studying piano and flute for five years before later starting the music duo N&D.

She was offered 10,000 Euros to pose nude in a Romanian magazine but refused the offer.

She grew up in Bucharest with her family.

She has performed alongside fellow Romanian entertainer Mircea Badea.

Delia Matache Is A Member Of