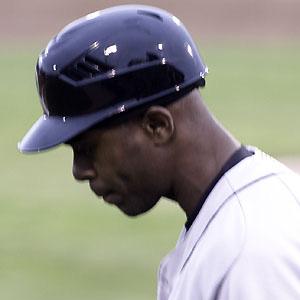 Former MLB second baseman whose career spanned from 1990 to 2002.

He played baseball at Seaford High School and was selected as the 12th pick in the 1987 MLB Draft.

He served as manager for the Dayton Dragons, the single A affiliate of the Cincinnati Reds, from 2011 to 2012.

He had five children with his wife Michelle Elliott, including Delino DeShields Jr.

He was teammates with Cal Ripken Jr. on the Baltimore Orioles from 1999 to 2001.

Delino Deshields Is A Member Of