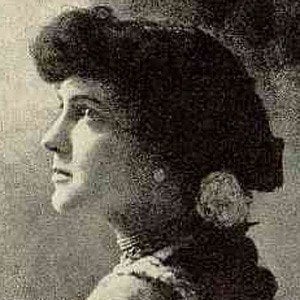 Uruguayan poet who is considered one of the greatest female Latin American poets of the twentieth century. Her best-known works include Los Calices Vacios and Cantos de la manana.

She started writing poetry when she was just ten years old. She published her debut work, El libro blanco, in 1907.

Her work was revolutionary in its exploration of female sexuality.

She was married to Enrique Job Reyes until her death.

She inspired Phoebe Cary and other female poets.

Delmira Agustini Is A Member Of