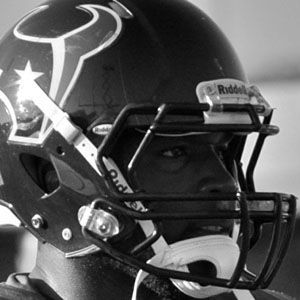 Linebacker who was an All-American at the University of Alabama and went on to become an NFL Pro-Bowler, debuting for the Houston Texans in 2006.

He won the NFL Defensive Rookie of the Year Award in 2007, finishing second in the league in tackles with 155.

He grew up with his family in Bessemer, Alabama.

In 2011, he and JJ Watt helped bolster the Houston Texans' front seven, turning the unit into one of the league's best.

Demeco Ryans Is A Member Of