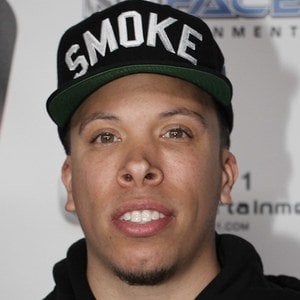 Hip-hop recording artist who rose to fame under the professional moniker Demrick. He is recognized for having been a protege of Cypress Hill's B-Real and Xzibit. In 2016, he released a mixtape titled Blaze With Us.

He collaborated with Kurupt on the 2007 album Philly 2 Cali.

He was featured on the single "Figure It Out" which was viewed well over 2 million times on YouTube.

He collaborated with Snoop Dogg on the single "Dr. Hyphenstein."

Demerick Ferm Is A Member Of