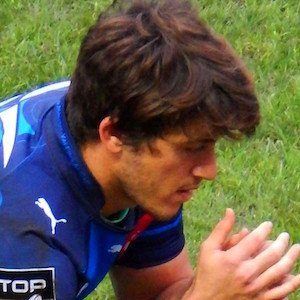 Rugby Union fly-half played with the Southern Kings in Super Rugby and Eastern Province Kings in the Currie Cup.

He played for the Golden Lions in the youth league, representing the U19 team for the Currie Cup season.

In the first weeks of the 2011 Currie Cup Premier Division he became the starting fly-half, scoring 22 points for Western Province on his way to becoming one of the team's top players.

He was born in Johannesburg, South Africa.

He and Johan Goosen both excelled at the fly-half position in the South African leagues.

Demetri Catrakilis Is A Member Of