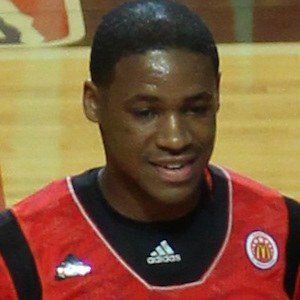 Basketball point guard who played his college ball at the University of Notre Dame. After averaging 15.8 points and 4.8 assists as a junior, he was selected in the 2nd round of the 2016 NBA Draft by the Boston Celtics.

He starred at Marian High School in Indiana, earning McDonald's All-American honors in 2013.

By the end of his high school career, he'd set the record for points in St. Joseph County. He came second to Zak Irvin for the Indiana Mr. Basketball award in 2013.

He was born to Juanita Jones and Demetrius Jackson, but spent time in foster homes before being taken in by his teammate Michael Whitfield's family.

He and Zach August helped lead Notre Dame to the 2016 NCAA Elite Eight.

Demetrius Jackson Is A Member Of