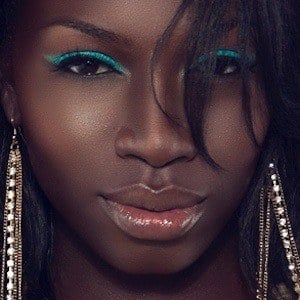 Singer and model who rose to popularity after the release of her debut EP I Am Fearless in June of 2014. Also a prolific model, she has appeared in commercials and campaigns for everything from Smirnoff to M.A.C. Cosmetics.

At the age of three, she was inspired to begin singing after watching her elder sisters and cousin form the TLC-inspired girl band called Peace Group.

She played the lead character in the music video for Taio Cruz's single "Hangover."

Growing up in a Nigerian home, she is the youngest of three daughters alongside sisters Esther and Deborah.

She appeared on We TV's LA Hair alongside hairstylist Kim Kimble.

Demi Grace Is A Member Of