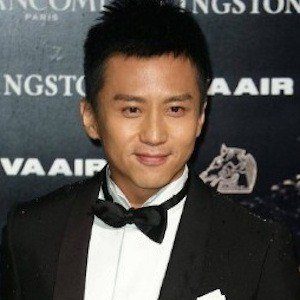 Actor who gained prominence for his 2006 appearance on the TV series Silent Tears. He has also had roles in films such as The Breakup Guru, The Mermaid and Duckweed. He was also a member of the variety program Keep Running.

He graduated with a degree in acting from the Central Academy of Drama in Beijing, China. He earned his first major film role soon after in 2007's Assembly.

In 2015, he won the Best Actor award at the Shanghai International Film Festival for his work in the film Lie ri zhuo xin. He was nominated for the same role at that year's Golden Horse Film Festival.

He was born and raised in China. In 2010 he married actress Li Sun and they have two children.

He was cast in 2015 to appear alongside Sammo Hung in the 2016 Hong Kong action film The Bodyguard.

Deng Chao Is A Member Of